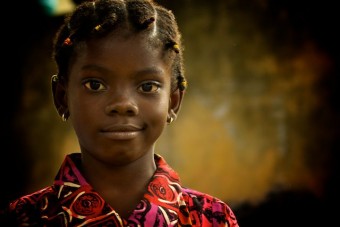 No matter whether child labour continues to be used for cultural or economic reasons, it can only be fought against when conscious consumption and legislation work together. Child labour is mistaken for work done by a child. In the article, we will discuss the work that children are forced to do, that they do instead of attending school or playing, and that enables the producers to keep prices low. This is forbidden and as citizens each one of us should condemn it and fight against it.

In Ghana, there is a cocoa production cooperative called Kuapa Kokoo, and it has helped to build four schools and two day-care centres in the communities of their members for the income they received from sales. By having the Fairtrade certificate and following fair trade principles and fighting against child labour, Kuapa Kokoo (or the production of Good cocoa) has created opportunities for the children in their area to get education. Besides building schools, the cooperative gave bicycles to children of 100 cocoa farmers in April 2015 to make their journey to school easier. (www.kuapakokoo.com)

Unfortunately, this is not the case everywhere. Tulane University study of West Africa showed that 2.12 million children out of the 2.26 million children working in cocoa production in Côte d’Ivoire and Ghana, are child labourers, and 2.03 million of the former work in extremely dangerous conditions. Compared to 2008 and 2009, the use of child labour has increased by 21%. The International Labour Organization (ILO) 2014 report on child labour estimates that although over the last ten years, the global use of child labour has reduced by about a third, there are still around 168 million boys and girls who are forced to work, half of them in dangerous conditions. In sub-Saharan Africa, one child in four is working. In the Asia-Pacific region, the ratio is one in eight, and in Latin America, one child in ten. 115 million of them are the victims of sexual exploitation occurring in slavery, armed conflicts or for commercial purposes. This number of children corresponds to about a hundred-fold population of Estonia!

Child labour is mainly used in agriculture, manufacturing (including the textile industry), mines, construction and service – in retail, restaurants, hotels and maid work. The main reason behind the use of child labour is poverty but there are also others: family expectations and traditions, abuse of children, careless attitude of the employers, limited choices by the parents, lack of education opportunities, weak legislation, low price of products on the world market, and many other reasons holding families captive.

A culture or despair

This kind of work is equated with slavery but often justified with culture and necessity. In many developing countries, child labour is used in agriculture, and the cultural background all too often assumes that children have to work hard because only this way can they cope as grown-ups. They learn the values of a community by working and therefore contributing to the development of their community. In many cultures, it is also thought that only boys need education, girls simply have to work and be good wives.

In the beginning of this year, I worked as NGO Mondo volunteer in Myanmar (Burma) for two months at the Rural Development Foundation of Shan State (RDFSS) in the state of Shan. This foundation develops the school network and provides primary education in remote village communities in Northern Shan by creating self-functioning primary schools in the area and boarding schools for housing the children. The work of RDFSS is needed because the parents in the region either do not send their children to school at all or children stop going to school when they have acquired the basic level of reading, writing and mathematics – then, children start working full-time on family fields. It is estimated that this accounts for 60 to 80% of the children in rural areas (in cities, the situation is considerably better) as parents lack both the means and motivation to send children to schools further away and pay for their board and lodging. Local people do not consider that a big problem because this has been done all the time, and in many countries with the agricultural background, working children are part of the culture. This is why RDFSS is working hard to explain the difference between the work being done by children and child labour, and the dangers of the latter and its consequences on the future, development and welfare of the children.

The use of child labour is often connected to despair and poverty and to the unemployment or non-existent income of grown-ups. For example, the parents of child labourers are often unemployed or underpaid; they are in a hopeless situation and look for income for their family. But the employers prefer to employ children instead of parents as children are obviously in a weaker situation, compared to their parents, and therefore have fewer demands for remuneration. In other words, child labour is mainly used because it is easier to exploit children (UNICEF 1997, report on the roots of child labour). Orphans are another risk group – they do not have parents and there is also lack of support services for orphaned children. So it is up to the children to earn their living.

In addition to child labour being ethically unacceptable, it is also a serious impediment to the development of the economy and the society. A child forced to work and work hard first loses the option to get education, and later also interest in getting one. But the return of young people with poor education to normal life, and the acquisition of a qualification is much more expensive and complicated. The society where adolescents cannot find their place and decent work is endangered by economic and social instability. In order to avoid that, one must actively prevent both the use of child labour and also support the rehabilitation of child labourers.

Not all work done by children is child labour

According to the definition by the International Labour Organization, child labour is the unsuitable work done by children younger than a specific age that interferes with their schooling, learning and rest, and is an obstacle to the physical, moral, emotional and psychological development of a child. The situation where children are forced to work because their families are otherwise unable to cope in economic terms, and they cannot or are not allowed to attend school, play or be children because they are working is not acceptable. This is exactly what we call child labour. When a child is working outside school hours and is not forced to do so, is generally good and useful because in this way, the habit of working, sense of responsibility and also independence all develop.

Child labour has various forms, e.g. hazardous work determined by each country through consultations with employees and employers, or work that is being done by children younger than the legal age limit. The worst forms of child labour that need to be actively fought against are slavery, sexual exploitation for commercial purposes and the exploitation of children for illegal activities. The use of child labour is a crime, and buying goods produced by using child labour is wrong despite the argumentation relying on cultural grounds or based on needs.

Shall we prohibit it?

Some studies find that prohibiting child labour just like that is still not the best solution. The authors of the recent study, using India as an example, by the National Bureau of Economic Research (NBER) – which is a think tank of economic studies – in the USA highlight that the prohibition of child labour would not work in countries where there is a lot of poverty and where there are no social programmes aimed at poor families. It is feared that the prohibition of child labour will make the situation even worse for the poorest children. For example, the methods of prohibition might have the opposite effect. Along these lines, the study describes an example of how employers take advantage of the hopeless situation of families: if child labour is prohibited, then, considering the risks and possible fines that come with the use of child labour, they started to reduce the salary paid to the children. In order to get equal income to that of previous times, the families – who had been sending only one child to work so far, and the other children could attend school – started sending other children to work as well.

But NBER itself has contested this claim and found that the same study only looked at the direct impact of measures and did not consider the more long-term impact: since 1981, the adoption of necessary measures in India has reduced the number of child labourers from 13 million to 5 million. Therefore, prohibition does work but needs supporting activities – schools, social programmes, etc.

What can we do to fight against child labour?

Be it culture or despair as the reason, we do not have to come to terms with it, and it is inhuman and wrong to use a child as cheap labour. But we cannot count on the communities coping with the problem on their own in countries where it is not forbidden. Besides prohibition, other methods have to be used as well. Our contribution to solving the situation can take shape in joint efforts by legislation and consumers: as individuals, we can consume products that are not produced by means of forcing children to work, and the public sector can contribute more resources to development cooperation, global education, humanitarian aid and educational projects which, despite poverty and need, help children to attend school and be children. In addition, an amendment in legislation needs to be made, guaranteeing that fair trade principles are taken into account in public procurements as well, and taxpayers’ money would not support the use of child labour.

Everyone can fight against the use of child labour by behaving responsibly and buying products labelled with the Fairtrade mark. These can be found in many shops and retail chains. Cafés and establishments using fair trade products can be recognised by Estonia’s own recognition label, the mark “Friend of Fair Trade”.

Two important factors are engaged in buying products with the Fairtrade mark on them to find against child labour: first, it is prohibited to use child labour to grow raw material for these products (sugar, chocolate, coffee, tea, etc.), and secondly, fair trade cooperatives use the premium they got from the sold volumes to solve the problems of their community, for example, to install boreholes and wells and build schools. In this way, the fair trade cooperatives specifically active in poorer countries have created such social programmes that help children and prevent child labour or rehabilitate the children forced into one. It is exactly thanks to the income they got from the Fairtrade system that Kuapa Kokoo, mentioned in the beginning of the article, has been able to take care of the native villages of their members and start eradicating child labour. Be a good citizen and behave responsibly – this is what each one of us can do.

The article has been written within the fair trade project “Fair Trade: raising awareness” by NGO Mondo Estonia. The aim of the project is to increase public awareness of fair trade and global development topics primarily via non-formal education. You can read more here: http://mondo.org.ee/teadlikkuse-tostmine-oiglasest-kaubandusest-august-2013-jaanuar-2016/.