Do consumers tend to choose and pay for Fair Trade products? 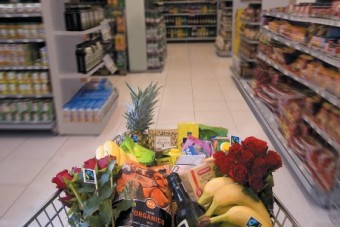 Consumer awareness is growing and is increasingly focused on environmental and social aspects of food production and supply. In order to inform consumers about the added value (social and environmental) of the food they consume, commonly a variety of labels is used. Based on the information behind these labels, consumers can make more informed choices. At the same time labelling is encouraging changes in consumption patterns, increasing consumer awareness and responsibility. Not the least importance is credibility of the labels. Label alone does not guarantee a deliberate choice; the later will be related to consumers’ understanding of the label and their ability to process the information correctly.

There are rather a lot of studies on willingness to choose eco-products, but there are not much studies on the willingness to choose products according to their social aspects (labour conditions, safety measures, equal rights, no children work and so on.). Existing research shows that consumers tend to choose and pay more both for environmentally friendly products and for fair trade products, etc., namely for those which are produced in accordance with human rights. Sales of such products are constantly growing.

Italian scientists (Veccio, Annunziata, 2014) study showed that women and children exploitation (42%) was unacceptable for the respondents; study also showed that respondents care about the living and working conditions in developing countries (27%). While choosing the food products it is very important not only health aspects (37%) and taste (35%), but also the fact that the food was produced with respect to human rights (43%), without exploiting women and children (39%).

When choosing between three differently labelled chocolate bars respondents were willing to pay up to 20% more for Fair Trade labelled chocolate than for the Rain Forest Alliance and 10% more to compare to Carbon Footprint labelled chocolate (Fig. 1). Such a choice is attributed to altruistic perceptions in terms of working conditions and human rights in developing countries. Women and younger consumers were more likely to choose Fairtrade products.

Fig. 1. Labels presented to the respondents and used in the research (from Veccio, Annunziata, 2014)

Study of Grunert et al. (2014) also found out that consumers are concerned about the exploitation of children, hunger and lack of nutrition in the food production system; they are also concerned about tropical deforestation and pesticide use. However, the price and nutritional information had much more influence on respondents’ choices than sustainability labels. Such consumer choice in most cases was associated with poor awareness of the labels and the information behind them. Those consumers who have previously seen some environmental or social labels, more often correctly indicated their meaning. Thus, in between other factors education and awareness raising remain quite an important one in achieving responsible consumption.