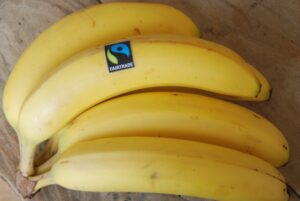 Many consumers consider a variety of ethical issues in product choice and preference. Moreover, labels play here a crucial role. The labelling effect is shown in consumers’ tendencies to hold a priori beliefs and expectancies that lead them to judge on products they choose.

For example, wine is judged to taste better when it is believed to be more expensive or bears one’s favourite brand. These are common examples. However, it is interesting to find out do people have a taste for fairness? Scientists from Germany – S. Lotz, F. Christandl and D. Fetchenhaouer (2013) – tried to answer this question exploring the taste of Fair trade.

The Fair Trade label reflects the fact that suppliers have received a premium on the world-market price of the product, which affords those suppliers a decent wage. However, the fact that the suppliers are able to lead decent lives does not necessarily imply that they have produced higher-quality or better-tasting goods. Thus, consumers have reason to doubt that Fair Trade products taste better than conventional products. On the other hand, one might expect that an ethical label might indeed lead to positive taste ratings as it has moral clues and perceived feeling of justice.

In general, consumers rate Fair Trade products more positively, because they experience positive affect through consumption of ethical goods. Therefore, the answer seems to be yes.