Fair trade, its criticism and possibilities 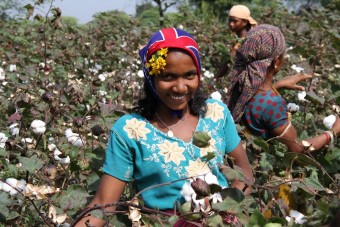 The idea of fair trade is attractive from the human point of view and deserves support. We essentially agree that fair remuneration should be paid to producers in the third world countries who are facing poverty under the current market economy and global trade conditions, which, in turn, promotes breaches of fundamental human rights in agriculture and other production sectors.

It seems just logical that people from the West for whom human rights are very important want to support them, inter alia by choosing an alternative trade system. However, there are several viewpoints which direct sharp criticism against the idea of fair trade. We will attempt to briefly review them and to find out how justified this criticism is.

In essence, fair trade is an economic tool intended for providing support to poor people in developing countries and based on the trust to market mechanisms which would help to solve the huge environment and social issues. However, there are both numerous neoliberals and the critics of the current system or anti-capitalists who object against this position.

Anti-capitalists criticize fair trade for too much reliance on the free market and consider that fair trade can provide positive short-term results, but generally this is a way for creating the perception that problems are as if solved in order to avoid solving the fundamentals, i.e. the establishment of a new economic procedure based on social principles. The core of the criticism is the view that fair trade uses the classic basic principles of trade with certain social adjustments providing a short-tem effect, but not modifying the global order as such.

Many activists and organisation, for example, Oxfam, insist that agriculture subsidies should be eliminated as they distort the market, but, at the same time they support fair trade. However, from the economic point of view fair trade can be viewed as an export subsidy. Subsidies are criticised because of multiple reasons, still the criticism of fair trade is mainly based on the consideration that the low price received by producers in the third world countries is their own fault. It signals of overproduction of the particular agriculture product and should serve as an indicator to the farmer that the product should be replaced by the one enjoying more demand on the market. Guaranteed minimum prices and the payment of the premium which is in essence a subsidy eventually weaken this signal, and as the average price paid, for example, for coffee increases more producers see an encouragement for entering the market. This, in turn, can reduce the price of the conventional coffee even further, thus making conventional coffee farmers even poorer. The result is not fair for anyone.

The analysis of the above logic leads to the conclusion that the non-compliance of prices and costs in the economy is a natural phenomenon because the market price is determined not exclusively by the offer which is based on costs, but also by the demand. In the modern world the difference between prices and costs increases because A. Smith’s “invisible hand” is restricted by means of financial speculations. Moreover, if producers have a possibility to avoid paying for the harm caused to the environment or fair wages, sellers are prepared to sell cheaper at a price that does not cover all the costs.

These are not only fair trade farmers who receive subsidies. The biggest subsidies are received by farmers in the European Union, USA and Japan. This is also our priviledge because the governments of poorer countries cannot afford this. Thus, in our countries farmers earn more by aid payment than farmers in developing countries receive for their production. These subsidies and the food market in general is intended for providing cheap food for mass consumption. Thus, by following the principle of maximisation of savings, companies provide a continuous offer of homogeneous and cheap products to consumers and secure their profit by minimising production costs, ensuring large production volumes, depleting agriculture and nature resources, transferring production to less developed countries. The actual truth is that cheap food on shop shelves means that producers and end consumers do not pay the environment and social costs. These are transferred to less protected, poorer groups of the society and future generations who will be forced to pay for the current environment degradation. We live and consume on the account of others.

Another argument worth considering in this debate is related to the work specifics of the farmers of the third world countries. The production cycle of their products (for example, coffee, fruit, cattle) is mostly long and thus they do not have a possibility to respond fast to changes in the market demand. Once coffee has been grown it needs to be harvested and sold even at the lowest price as there is no other choice. The harvest has a considerable impact upon the coffee price: good harvest – low prices, bad harvest – high price. In agriculture switching to the production of other products is not possible like in manufacturing industries because the production cycle of quite a few plants is several years, therefore fair trade with a set minimum purchase price can provide essential help in cases when the market price falls below the cost of production.

Fair trade is not a perfect system and it will not solve all the global problems if producing countries do not improve planning on the national and international level in order to attain a better balance between the demand and the offer, if they do not strengthen their willingness and capacity to comply with the human rights and to control their violations. The task of consuming countries would be to improve the access to information in order to secure that residents and activists can obtain information regarding the origin of products and their social and environmental impact, as well as to work actively with the countries and companies that violate human rights and environmental requirements in their supply chain.