We support fair and not free trade 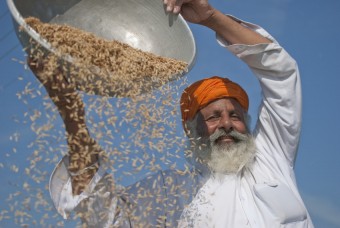 Free market, economic growth and trade liberalisation are among the corner stones of modern development. This is taught to us at school and this is what governments state. However, increasingly often we also hear appeals that we could promote welfare by implementing fair trade principles which, inter alia, call to eliminate forced and children labour, to introduce environment requirements and fair payment for completed work, instead of developing the free market. It is most surprising that such appeals are voiced not only by socialists and greens, but also conservatives.

Representatives of the USA conservative parties have spoken several times at the USA Congress this year objecting against Obama’s attempts to conclude free trade agreements with Asia by emphasising the unequal market relations between the regions; being afraid of the high competitiveness of Asian countries which is achieved with the help of low environment and social requirements.

In Germany the greens jointly with trade unions and other left-minded forces this year organised demonstrations which were among biggest in Europe during recent years and were directed against the free trade agreement or the FTA which is currently being negotiated by the EU and the USA in order to establish the biggest free trade space in the world. More than 3 million persons in the EU, including in Latvia, have signed against this agreement. However, governments are moving ahead and are ignoring the people’s negative attitude because trade is viewed as a major driving force behind development.

By searching new incentives for economic growth similar agreements are also concluded in other regions, for example, the Trans-Pacific Partnership concluded between 12 Pacific Rim countries. The activists consider that this could lead to the weakening of environment requirements in the whole region, as well as restrict the governments’ ability to act in relation to prevention of the climate change.

Within the framework of trade agreements disputes are usually resolved by arbitration. This provides an opportunity for corporations to contest environment protection and social requirements established by countries if they restrict competition by bypassing national and international court systems. Until now, most complaints submitted to arbitration have been related to environment requirements1. For example, in 2008 Salvador prohibited the open type gold mines as they cause pollution of sulphur acid, cyanide and other dangerous substances in local waters. In the result several multinational companies brought a legal action against the government of Salvador claiming compensation of caused losses, i.e. lost profit.

Moreover, these agreements are usually beneficial for strong economies which can defend themselves and are sufficiently stable. Poorer countries, in turn, obtain a possibility to receive loans from the International Monetary fund and development cooperation funds in exchange for the agreement.

What does the theory say about this? The idea of the modern global trade is based on A. Smith’s and D. Ricardo’s theories of absolute and comparative advantage which consider as follows:

​According to this theory international trade is mutually beneficial to all the involved parties, however, the practice do not really confirm this. Since the Bretton Woods conference in 19442 the international global trade of goods and services has grown almost 30 times. However, most of the resources and producers are located in the global South, while the profit is concentrated in the OECD3 countries and the global inequality has not considerable decreased 4,5. Thus, trade cannot be a major tool for minimising poverty6.

The liberalisation of trade during the second half of the 20th century was promoted by international institutions – the World Bank, the World Trade Organisation and the International Monetary Fund. However, the global market can only be deemed partially free because there are various tariff and non-tariff restrictions in the inter-country trade. The power relationship among market participants is not equal either. Thus, some of them (mainly processors and traders) have more impact on the market than others. The power relationship in particular is the one determining the distribution of profit among the supply chain participants. For example, within the cocoa supply chain chocolate producers who produce the end product earn 70 % of the total added value, while cocoa farmers only receive 6%. The situation is similar also in other product groups.

Under the free trade conditions a major part of the food that we consume and consumer goods originate from the farmers and workers of the developing countries. unfortunately, for example, Peru coffee and banana farmers, Philippines sugarcane farmers, Romania clothing manufacturers or Taiwan sports shoe producers who work at the production facilities of the brands of well-known corporations do not receive sufficient remuneration for their work that would enable them to provide for their basic needs. Farmers who face the burden of debts and poverty are forced to work at plantations degrading the environment for very low wages. Producers who own small land plots are often isolated from the market and are forced to sell their products to intermediaries at a too low price. Workers face unsatisfactory working conditions at production facilities and receive wages that are below the minimum subsistence level, there is the lack of stability. Although the structure of corporations and modus operandi undergo slight changes, staff, wages and social assistance cuts and non-compliance with environment requirements still remain as the major forms of reduction of costs.

Free trade agreements are not enough for eliminating the global poverty and inequality. Much more integrated policy is required which also means integration of the fair trade principles in international trade agreements and bilateral relations between countries, reforms of the Bretton Woods institutions and raising of the public awareness both in the Global North and South, as well as presentation of the best practices by incorporating fair trade in public procurement procedures.

2 On 30 June 1944 in the USA the first international conference after the 2nd World War started – the UN monetary and finance conference known as the Bretton Woods Conference. This should be viewed as a major political economic events of the 20th century aimed at creating organisation uniting the world for peace by means of welfare. The International Monetary Fund (IMF) and the World Bank (WB) Group was founded, the basis of the General Agreement on Tariffs and Trade (the WTO since 1995) was developed.