Why FT might be not a magic bullet for producers? 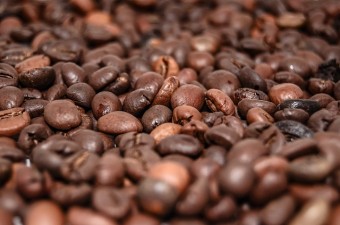 Sometimes Fair trade is blamed for not being efficient and effective in solving financial problems of the farmers in the South. Hence, it is important to see the whole situation in one picture. B.R. Wilson (2010) explored the case of Nicaragua.

Over the past decade, Fair Trade coffee contracts played a decisive role in reducing the economic vulnerability of peasant farmers in Northern Nicaragua. At no point were Fair Trade contracts more vital to peasants in Nicaragua than following Hurricane Mitch in 1998 and during the coffee crisis beginning in 1999. When farm-gate coffee prices dropped to 30 year lows in 2001, the coffee dependent rural economy of Nicaragua experienced, arguably, the most acute effects of the crisis in Central America. In response to declining prices and foreseen loses, banks cut their lending by 80% from 1999 to 2001. Declining investment led to rampant unemployment, farm fore closures and food shortages in localities where rural workers and peasant farmers depended on coffee wages or sales as a main source of household income.

Between 2000 and 2003, contracts for Fair Trade certified coffee from Nicaragua issued from European and North American coffee importers generated revenues at more than double the conventional market price and helped protect more than 6000 peasant coffee farmers from over-exposure to the price decline. In the midst of the coffee crisis Fair Trade contracts in Nicaragua expanded opportunities for peasants to gain access to credit, technical assistance, and to develop cooperative enterprises that could compete in the market for high quality coffees. Moreover, social development premiums paid above the Fair Trade contract price contributed to community-level programs for childhood education, health care and other vital development initiatives that enhanced the livelihoods of farming families. Fair Trade aided them to maintain access to agricultural credit and stay on their land. Small-scale farmers affiliated with Fair Trade cooperatives were four-times less likely than non-affiliated farmers to lose their land to credit lenders or be forced to sell.

Though years from ‘‘the end” of the coffee crisis passed, peasant farming households committed to Fair Trade standards continue to struggle with a legacy of indebtedness. So B. Wilson has raised a question “Why Fair Trade coffee farmers are burdened by debt? ” (2010).

The effort to raise the Fair Trade minimum price and premium for coffee through Fair Trade Labelling Organizations International (FLO) in 2008 demonstrated a good first step toward improving farm-gate prices, however, these gains must be understood in the context of long-term indebtedness as well as rising production costs and household consumption costs. Fair Trade alone cannot resolve the structural constraints of profitability that peasant farmers face. As study of B.R. Wilson (2010) show, bigger farmers survive better. However, most of the Fair trade Premiums go for paying the debts. Farmers often described cutting back meals, reducing travel, and taking children out of school during the coffee crisis.

Indebtedness is caused rather by the political-economic conditions through which peasant coffee farmers supply coffee to international markets. Nicaraguan government provides no subsidies for coffee sector unlike some other coffee exporting countries. Interest rates provided by lenders usually are very high, even within Fair trade cooperatives.

Declining prices, raising household consumption cost, growing production costs also contribute to the cycle of indebtedness. In addition, fluctuating yields can cause farmer revenues to change by as much as 50% a year. The revenues earned by a farmer in one year may be stretched to cover debts from a previous year, thus diminishing overall surpluses, even in a good year.

Farmers admit that they owe a lot for Fair trade, but they are still in debt. Hence, there are broader factors for which Fair Trade cannot account. Fair Trade has not guaranteed that farmers can meet the costs of production and attain a decent standard of living. In that sense, Fair Trade is certainly not a ‘‘magic bullet”.